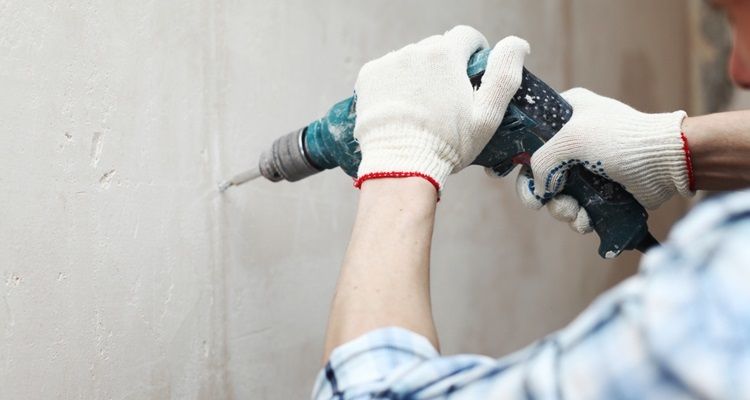 While there are several “types” of drills, one of the most common styles outside of the classic is the impact driver. It’s far from new, but a tool that has been on the rise in recent years which has led to many impact driver vs drill debates.

At first glance, you may mistake the impact driver for a cute drill with a shorter length. You would be mistaken as the changes go deeper than the design. Impact drills are all about torque and could be the ideal tool for you.

Which is better: Impact Driver vs. Drill

Before we get into the fine details, we’ll just say that both these tools can drive a screw and take one out. They can also drill holes in anything from a 2” x 4” to a 2-foot thick piece of oak you have enough power and the right bit.

We are going to start with the most familiar tool in the box, however, otherwise known as the drill.

A good drill can do a little bit of everything. From putting together a complex toy at Christmas time to installing a new deadbolt – it is a useful tool.

It is what we would consider a “precise” tool and one that’s extremely easy to use. By design, you can use a wide variety of bits in a regular drill and can even extend its capabilities with some interesting accessories as well.

Paddle bits are something you won’t find on many impact drivers, as they are best suited for a regular industrial style drill. Want to turn your drill into rotary sander? That’s an option, and some even allow you to remove the chuck and replace it with a different head.

A “normal” drill is typically more affordable than an impact driver although that varies depending on the quality of the tool.

They are also more versatile and have a chuck – something you won’t find on an impact wrench. While that adds to their length and weight, it allows you to adjust the torque and not go full throttle or rely on a sensitive trigger.

Sometimes drills just don’t have enough power to get the job done, even with features like an adjustable clutch.

They can put a strain on the user and are prone to stripping screws as well. We’ve all been there, and we have also had bits slip from the chuck at unfortunate times. Those issues are less likely to arise with hex chucks and extra torque.

Impact drills are similar to an impact wrench but share some obvious differences. They also share similar traits with a drill, so you can consider it at as a hybrid of sorts.

Whereas drills can put a hole in oak with precision or gently sink a screw, impact drills are built to wreak havoc on screws that won’t budge. That’s due to a “bumping” motion which is where the impact drill gets its name.

Have you ever tried drilling a screw only to have to finish it off by hand when your drill didn’t have enough oomph for the job?

That’s where an impact drill can lend a hand by bumping the bit along. It does this at thousands of times per minutes, which can drive screws home in tough wood. Their compact nature also makes them perfect for jobs where space is a concern.

They can also save you hours of frustration trying to break a bolt loose as there’s only so much WD-40 can do. Want to drive a big bolt into something? Well, you’ll want an impact driver for that task, not necessarily a drill.

The obvious drawback to this type of drill would be the lack of precision and the fact it doesn’t have a traditional chuck. They are also noisier and can be more expensive in some cases.

While hex chucks are simple to use, they won’t accept as many bits as a traditional drill. Not having a clutch will be a change as well considering you can’t make your usual adjustments.

When to use a Drill or Impact Driver

Use a Drill when

Whenever you have a task where you need to be accurate and precise, you should simply stick with a drill. You don’t want to hang a curtain rod with an impact driver.

For general usage around your home, a regular drill will do the trick, and some can even handle tougher tasks like drilling through concrete. They are what you’ll want on job sites as well if you’re hanging sheetrock or hanging ducts overhead.

Use Impact Driver when

This includes big lag bolts that would break an ordinary drill down and bolts that have become stuck from sitting outdoors for a decade. These drills will also make installing a new deck short work. They are as versatile as a normal drill, just in a different way.

So who wins the impact driver vs drill battle?

That depends on your needs. Just remember drills are better suited for lighter or softer materials while impact drivers can tackle anything deemed too tough for a drill. They just may not be able to handle the same bit and is not a tool known for its finesse.

If you are still on the fence, you could opt for an affordable version of one tool to allow your budget to accommodate both.  Alternatively, there are kits available like the Porter-Cable PCCK618L2, an option for the top 20-volt drill, which comes with both tools at an affordable price.