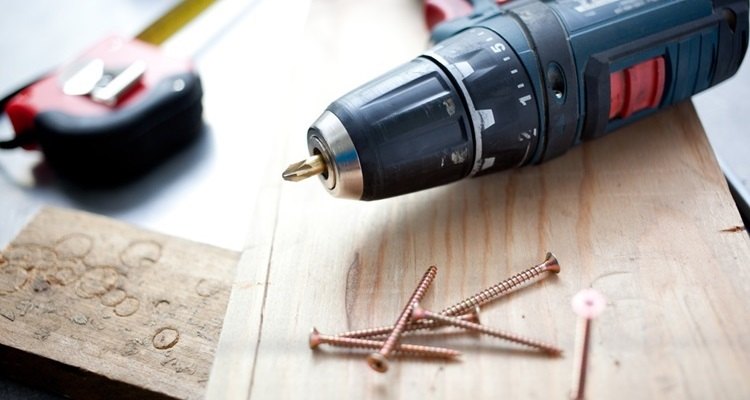 A Guide to the History of the Drill

Human beings are rather inventive, and while it may have taken us thousands of years to produce power tools, here we are.

Sometimes to look forward, you have to look back to the past which brings us the history of the drill. We are going to give you a crash course showing you how the first drills were made and who we have to thank for those modern innovations.

Why did they invent electric drills?

Electric drills came into existence because we like to make things easy, and an electric motor certainly does that.

Before these models were even a thought, our predecessors were building their own contraptions to make life easier. From tools made of bone and stone to equipment build in the industrial age, we have always strived towards innovation.

The first true drill is widely considered to be “bow” drill and was used around 10,000 years ago by our ancestors. This style of drill consisted of a bow and cord and allowed our early ancestors to make fires and even perform rudimentary dentistry. We would not have wanted to be on the receiving end of that.

Next up were core drills, which rose to fame around 3000 BC and were developed in Egypt. As the name implies, they worked in a similar fashion to today’s hole saws, but eventually gave way to the pump drill in Roman times.

Eggbeaters and other forms of handheld drills sprang into life well ahead of their electric counterparts. Some craftsmen still rely on these tools today and there are revamped versions of classics if you want to keep thing authentic. That said, there is no replacement for a solid electric drill.

History of the Electric Drill

The first electric drill was the brainchild of two Australian gentlemen by the name of Arthur James Arnot and William Blanch Brian.

They patented the first electric drill over 100 years ago in 1889. While it was far easier than manual labor, it was far from what we would consider handheld.

Semi-portable models came a few years later in 1895 when Carl and Wilhelm Fein of Germany introduced the first handheld drill. After that, things picked up considerably.

During the early 1900s Alonzo G. Decker and S. Duncan Black got together to form a little company you may have heard of which truly changed the game.

Black & Decker is a brand that has seen better days, but we have them to thank for the first trigger switch which in turn helped kick off the drill revolution.

They received a patent for their unique trigger switch back in 1917 although it took close to 40 years before a tool that resembles what we use today was produced.

In the 40s, the company received another patent for the USD129046 S, which would become a popular power tool that held its own for decades until the first cordless drill was introduced in the 60s. It’s safe to say Black & Decker is largely responsible for the types of drills we see on shelves today.

The Drills of today

Along with the design, powered drills have dramatically increased in voltage over the years. Initially, 4.8 volts was considered beastly in the 60s, but 50-years later we can purchase a cordless drill with a 20-volt Lithium-Ion battery.

That’s all thanks to Black & Decker and those fine foreign fellows that got the ball rolling well over 100 years ago. While there are certainly more things to consider before picking up a drill today, we have covered all those areas for you in our drill feature guide.

Times may have changed, but the process of drilling a hold certainly hasn’t. Just like our ancestors, we still strive to find an easier way to do things, and cordless drills are currently the king of the hill.

Where will drills be in another century?

That’s a good question, and we may be at a point where robots are doing our bidding by then or are out living among the stars. Until that day arrives, you can use our guides to help you choose the right tool for the job and go into your next purchase a little more informed about the history of the drill.