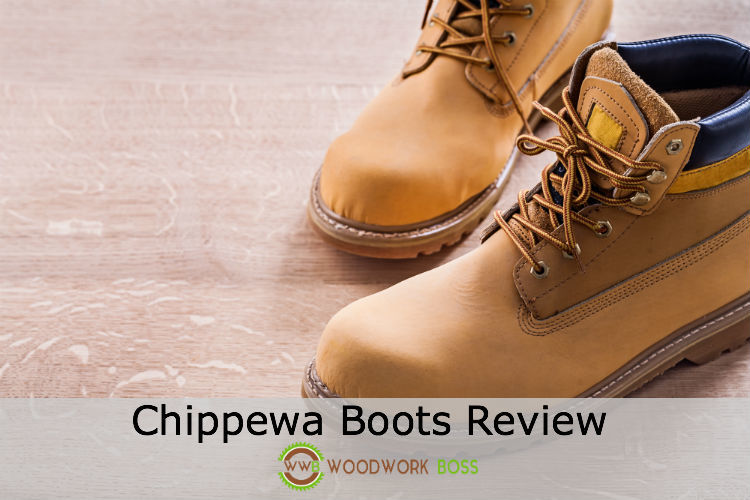 If you’re looking for a boot made in America, there are some options, but they are somewhat limited these days. As we all know, many products today are made overseas. Well, Chippewa is still one of a handful of companies that still produces a boot lineup in the states.

Our Chippewa boots review covers three different options from the company, and we’ve included a style for everyone. That includes folks that would rather slip on their boots than lace them up and consumers that are keeping a close eye on their budget.

What are Chippewa Boots Known for

Chippewa got their start back in Wisconsin around 1901. They have been around for a while, and have been making quality boots for ages.

The company is responsible for producing boots for other lineups as well and is currently under the Berkshire Hathaway umbrella.  While some of their boots are manufactured in other countries, they do have a “Made in the USA” lineup available for consumers that truly want the best.

Vibram is a material you’ll find in high-quality boots, and it’s ideal for soles where grip is just as important as comfort.

Vibram has been used in Chippewa’s boots since the 1950s and is still one of the main components in their footwear today. It’s also something you’ll want to look for if you work in conditions where you need traction and a boot with shock absorbing properties built in.

We talked about Thinsulate in our guide to the best winter work boots, and we’re going to discuss it again briefly. That’s because it’s the go-to solution when a manufacturer needs insulation for their boots.

Thinsulate comes in many forms, and Chippewa is known for using the “Ultra” version of the product. It’s thicker than the original product and warmer than other types of insulation used in boots today.

The company also uses something called Dri-Lex alongside that insulation to deal with moisture. Warm boots can cause sweaty feet although it’s not an issue you will likely experience with the company’s boots.

Another popular material used in boots is OrthoLite, and Chippewa is no exception as you’ll find it in plenty of their boots.

OrthoLite is used in insoles and is a bit different than the memory foam found in most shoes and boots. This material is light but retains its shape better over time than other types of foam. Needless to say, this type of insole won’t go “flat” after a few months.

The open-cell foam allows your feet to breathe and has anti-bacterial properties baked in to keep your feel smelling as fresh as they feel.

Who are Chippewa boots made for?

Chippewa boots are made for consumers that don’t care to spend up to get the best.

They are more expensive than boots from Wolverine or other manufacturers, but you can consider it money well spent. While you have to keep your budget in mind buying Chippewa’s boots, they have plenty of experience in the field, and the quality speaks for itself. 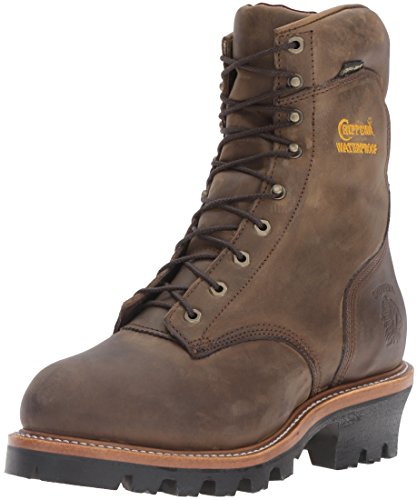 Our favorite boot from Chippewa is also one of their warmest and tallest. It’s the EH Logger Boot, which is a steel-toed monstrosity with a 9” leather shaft.

Looking for a boot that meets or exceeds electrical standards and is arm enough to keep your feet comfortable in freezing temperatures? The Logger can handle both of those areas with ease thanks to 400 grams of Thinsulate and ATSM certification.

This boot is waterproof with a Goodyear Welt and sports a removable insole as well. It’s cushy, but can be replaced if you have custom orthotic. We also like the thick sole on the EH Logger which is covered in Vibram with Yellow Plug outsoles.

Traction won’t be an issue in these boots which hail from their “Made in the USA” lineup. That means they come at a premium, however, which is the only real negative on this boot. The Chippewa Steel-Toe EH Logger is available in three colors with Bay Apache, Black Oiled, and Brown. 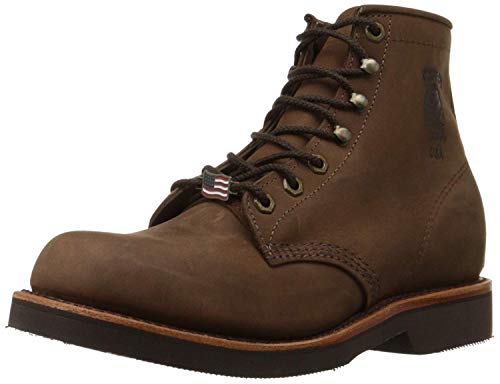 As mentioned, Chippewa’s boots are not cheap, but their Handcrafted Lace-Up boots certainly won’t break the bank. These are priced affordably, and while there’s no steel-toe, we think you’ll dig the rest of the features.

This boot is shorter than most with a 5.75” shaft. They are made from leather with four grommets and three D-rings for speed. Like the Logger, this boot also has Goodyear Welting and a Vibram outsole although it’s not nearly as thick.

The Chippewa Handcrafted Lace-Up boot isn’t insulated or “fully” waterproof, but they will protect your feet in a downpour… just don’t submerge them. We would recommend a good waterproofing agent if you want to go that route.

These boots are ideal for consumers that need a light-duty boot for warmer weather. It’s just as tough as our top choice and will give you plenty of traction; it’s just sans the steel-toe. 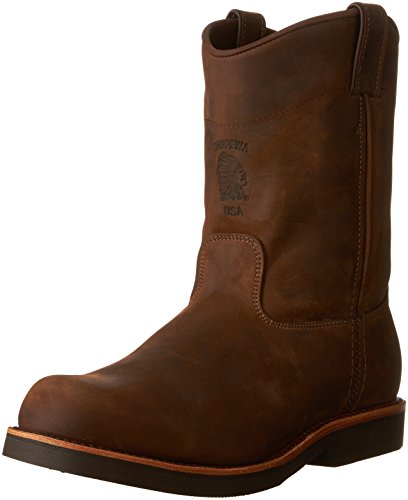 The Chippewa Rugged Pull-On boot is a nice alternative if you don’t like laces or speed is key. You can slip these boots on in seconds, and we also think you’ll be pleasantly surprised at how comfortable they are.

These boots have no laces and are 10” high with two pull tabs at the top. Even if you have wider feet, you won’t have a problem getting these on. The rounded toe box keeps things comfortable, and we’re fans of the drill vamp lining as well.

There is no safety toe in this particular model, and the insulation is sparse to say the least. The upper part of the boot is bare leather so it won’t keep any heat out although it will protect your pants and legs. This boot has a 5 Iron Texon insole and a solid synthetic sole.

Chippewa kept things simple for the 10” Rugged Handcrafted Pull-On, and that’s not necessarily a bad thing. It’s not quite as expensive as some of their other models despite being a taller boot, and it’s still suitable for a wide degree of professions.

When you’ve been in business for over 100 years, you tend to learn a trick or two. Chippewa knows how to make a quality boot, and it shows in the workmanship. They have also stayed at the forefront of boot tech as you can see by the types of materials they use today.

If you’re looking for an amazing boot your feet will thank you for, consider boots from Chippewa. Just keep in mind that some of their boots are “imported” while others are actually made in the USA.